truth and reconciliation - every child matters

September 30 is National Day for Truth and Reconciliation, and Orange Shirt Day. It's a day to honour the survivors of Canada's Indian residential schools, and the thousands of children who never returned. It's a day to recognize the trauma and inter-generational impacts suffered by families and communities.  It's a day for Indigenous people to try and help each other heal, and for non-Indigenous people to reflect on the roles our government, churches, institutions and individuals played in stripping vulnerable children of their culture, their traditions, their language, their spirituality, their family relationships, and the right not to be emotionally, physically, and sexually abused. It's a day for all of us to contemplate this truly horrific chapter in our country's history, and its long-reaching effects.

It's a day to really let the numbers sink in. That over a span of about 150 years (between 1831 and the late 1990s(!) when the last federally supported residential schools closed) 150,000 or more First Nations, Inuit and Métis Nation children were taken with the goal of assimilating them. That more than 2000 unmarked graves have been found. That over 4000 children is estimated to have died in government-funded, church-run schools.

It's a day (but not just a day, week, or year) of acknowledging and recognizing the truth of what happened, and a day of starting or continuing the process of reconciliation. It's a day of understanding both intellectually and emotionally that every child matters indeed.

I wish the notion that all children are important was actually true in terms of individual and societal actions. Because it wasn't true for the ones ripped from their families and sent to those schools. Still isn't true today if you count something like access to clean drinking water as just one example of many.

It wasn't true for the working-class kids sent to Ontario Training Schools either. And while not comparable in terms of cultural genocide, lasting trauma from severe abuse meted out by unqualified or plain sadistic adults also haunts its survivors to this day.

It still isn't true if you consider the number of children currently living in poverty, going hungry, or being abused in any number of ways. We need to do more than pay lip service, more than small gestures like wearing an orange shirt. We need to genuinely honour, listen to survivors, and make reconciliation more than just a goal.

On Friday, please reflect on the children who never made it home, and the ones who did, but not unscathed. Listen, learn, support, share, amplify, challenge stereotypes, respect, celebrate, attend an event - just do something to help make things better.

Some of the information I used in this post comes from Missing Children of Indian Residential Schools, a comprehensive resource of text, photos and recommended documents, compiled by the University of Windsor. And here's a good article for those wondering what they can do to better understand history, and what they can do now: Why the National Day for Truth and Reconciliation isn't just another stat holiday.

Posted at 08:50 AM in identity, intersectionality, language, statistics | Permalink | Comments (1)

does this make me look... weak? 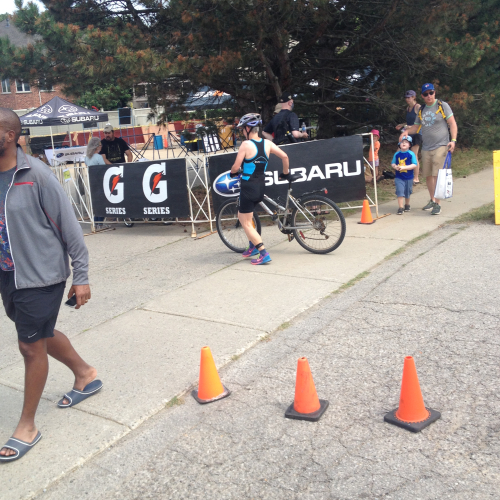 I'm no athlete, but I did the Iron Girl Try-A-Duathlon last summer, which had me run for 1km, then hop on my clunky mountain bike for 10km (about 6 miles), and then run again for 2.5km. I didn't set out to win, but just wanted to know I could finish. Was quite confident of the biking part as I had commuted almost daily for three years plus, but running was something I had to learn given that a few years ago I couldn't even jog half a block. No kidding.

Gradually though I built up enough endurance so that I could participate in a race just like this. Not a race of super long distances, or even that difficult for folk who run regularly, but enough to test the mettle of someone who exercises but doesn't consider themselves athletic.

So it begs the question of why the stereotype of the weak vegan persists despite the number of high-profile vegan athletes in just about every sport. And unless you're on an extremely low-calorie diet, or raw-fruit-only regimen (foolish IMO), or somehow not taking in enough calcium or protein from non-animal sources, you won't have weaker bones than your average sedentary meat-eating couch potato.

I mean, does it really look like the bones in my legs are gonna snap like twigs any time soon? Nope, my legs are damn strong, and even without a road bike my time on the bike portion of the race wasn't that much slower as my quad muscles have gotten a good workout over the years. If it sounds like I'm proud of this accomplishment, I am. I'll be turning 60 soon (which surprises most people as I don't look it), and don't know of too many other women my age, vegan or otherwise, who are still this active.

More importantly, having witnessed both my mom and other residents in her long-term care facility decline over the last year and a half, I can tell you that keeping mobile and keeping those legs moving however you can, is the best antidote for remaining independent. I really can't stress it enough: walk, walk, WALK. Or bike.

So go ahead, call us weak if you will, but the science and reality doesn't bear this out.

After not having posted for a year, yours truly finally wrote a bit of an update post in August without realizing that FeedBurner was no longer sending out email notifications. Which brings to mind that old chestnut "If a tree falls in a forest...," but in this case meaning does a blog post have any value if no one is around to read it? ;)

So, I've set up a new email subscription box on this blog and if I've done it right, imported the emails of my long-time loyal readers. But if you happen to be new to the Have Gone Vegan blog whose writer went vegan many moons ago, please enter your email in the handy dandy box to the right if you'd like to be notified of future posts. Thank you.

p.s. don't forget to read the update post from August