when almost every day could be 'mothering your mother' day

Note: this post was originally scheduled for Mother's Day, but time got away from me (as it often does these days) and since there are plenty of folk who are fathering their father, I thought I'd publish it now...

Demean. Demeanor. Dement. Demented. Dementia. Demerit. Those were the surrounding words I found in my dictionary1 when looking up the term dementia. All neutral or negative, which isn't surprising given that the definition of dementia itself (Irreversible deterioration of intellectual faculties with concomitant emotional disturbance resulting from organic brain disorder.) isn't positive either.

This was the diagnosis given to my mother back in December. Also not too surprising given her age (90) and her obviously failing memory and occasional confusion. (Technically, Mom suffers from mild cognitive decline, which doesn't sound too bad, but can pack a wallop in terms of how it impacts daily functioning.) 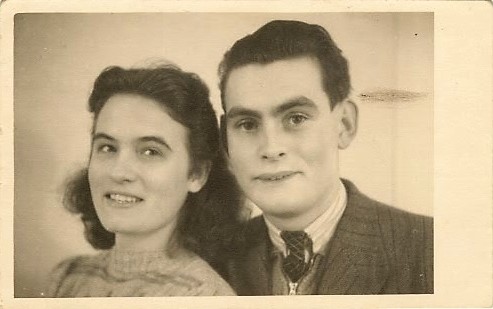 Still, it was a bit of a shock to discover just how bad things had progressed. We had assumed, when she'd gotten a call for a room at the assisted living retirement residence where I work, that she would pass the required Mini-Mental State Exam. But just to be sure, we downloaded the test and administered it ourselves only to quickly find out that answering the question, "What is the year? Season? Date? Day? Month?" would be her undoing. No problem. Mom had two days to study and practice, and practice for hours she did.

(Sadly, time disorientation occurs fairly early in this illness, and many folk have told a story about a person with dementia practicing the day, month and year all the way to the doctor's office, only to forget when they are asked during the assessment.2)

The result? 3/5. For the question, "Where are we now? Province? Country? Town? Hospital? Floor?" the score was 2/5. Mom was kindly re-administered the test by the retirement home, only to score even lower than the first time at the doctor's office.

To this day Mom maintains that of course she couldn't remember the year because unlike everyone else, she doesn't have a daily newspaper informing her of the date. Never mind that we had recently installed a computer monitor with a permanent screen shot of the day, time and year. And never mind explaining to her that most people, newspaper or not, have no problem identifying the current year when asked.

To be honest though, as awful as getting a diagnosis of dementia sounds, it was also a relief. Finally, we could use the right term. Finally, family members could all be on the same page where Mom's memory was concerned, and not have to convince each other (convincing her is a different story altogether) that there was a problem.

Because if there was one thing our mom still excelled at was hiding her difficulty, especially with outsiders like doctors. Now at least it was in black and white that Mom's noggin wasn't quite what it used to be. That in short, her short-term memory is getting shot to hell.

Even though we may use the term memory often enough, and most people tend to think of memory as one function, there are in fact, many types of memory processes including immediate, short-term, long-term, emotional and procedural, with short-term memory often being the first affected in individuals with Alzheimer's disease. 3

What did we do next? We held a family meeting, discussed options, and decided that I would take a one-year leave of absence from work to be her personal caregiver. I had already taken over some tasks (like driving her to appointments, dispensing her pills, checking mail, vacuuming, and changing her bedding), but am quickly taking over more care. For starters, making hot meals and ensuring that she actually eats them. And as time progresses and Mom continues her slow decline (we now realize that symptoms started years ago and that her dementia is of the slow progressing kind), so will our assistance. 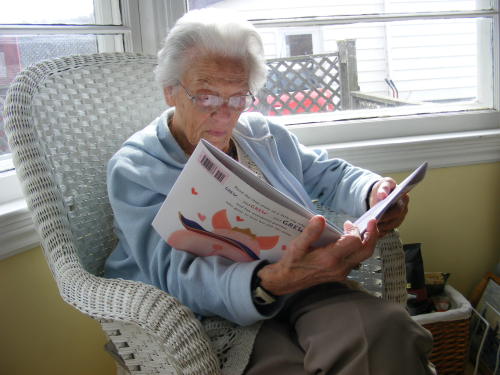 Is helping to look after Mom rewarding work? In a way. It has its satisfying moments, and certainly you know you're doing the right thing. But it can also be stressful, tiring, frustrating, annoying, aggravating and difficult. And that, of course, is for both parties.

Not always being able to come up with the right words means that you talk about things in a roundabout way. "The big store" now could mean either the grocery store or the drugstore, and only relying on the context will tell you which one she means. The name of one of her aunts is now often used instead of my sister's name, and "say hello to your dad" (my dad died three years ago), means I need to pass on her greetings to my brother. And because she can't remember, a lot of things get repeated, and repeated, and then repeated some more.

Numbers, especially, don't always make sense anymore, and the easy-enough-sounding question of what year it is, is tricky precisely because the number 2018 doesn't hold much meaning. It's also, unfortunately, the punch-in code for a number of doors at the building where she does a fair bit of visiting. So now that number is written on her purses and walker, because being told to punch in the current year for her is like being told to ride a bike. Except that in this case, the adage of 'it's like riding a bike' no longer holds.

So what does any of this have to do with veganism? Well, lots. Even though this is an experience that I'm currently going through (and I tell ya, learning to deal with dementia is one hell of a learning curve indeed), many people my age, women especially, are experiencing variations of exactly the same thing, as parents of boomers are booming at an exponential rate.

But there are a few parallels between being vegan and being a caregiver that I now see more clearly, with one of the major ones centering on grieving.

The insidious nature of dementia (although Alzheimer's is its most common form, we're not actually sure what type Mom has) means that it's often developing slowly enough that it doesn't get properly diagnosed until it directly effects functioning. It also has no cure, and you know that the process (never mind the ending) will not be pleasant.

In my mom's case, knowing how hard and tiring it already is in this comparatively "easy" stage, and knowing that you can't stop it from becoming even worse, engenders some of the same feelings of helplessness and hopelessness that I sometimes feel as a vegan. As much as I can do, I can't save many animals, if practically any, from a horrible fate that they don't deserve.

I can't protect the animals I see dead on the road, I can't protect the untold billions about to be slaughtered, and except for changing my own habits and hoping to influence others, I don't feel I have much power. As for our mom, the only thing we can do is provide as much personal care as we can, and hope for a speedy demise from anything but the dementia itself.

Imagine that! Wishing for someone's death (Mom, by the way, has expressed that she is more than ready to go, having a number of physical ailments that also interfere with her quality of life) because it's much kinder than what this disease will mete out if she doesn't.

It's a peculiar kind of grieving that you do when someone has dementia. A sudden unexpected death is hard to deal with no matter what, but a gradual dying away of a person right in front of you brings its own set of challenges, and a continual process of grieving before physical death even takes place.

It's the protracted and compounding grief that's hard to take. And for a control freak like me, the constantly changing nature of what she can and cannot remember, can and cannot do, is enough to drive me around the bend. As soon as you think you have a handle on something, it's already morphing into something else. Plus the seemingly never-ending contradictions between what is said one day to the next (even something minutely small like, 'I love strawberries' vs. 'I hate strawberries' - which one is it?) and the ever-increasing gaps in language and memory making it hard at times to even figure out what she's talking about, is plain tiring. On the other hand, she can still talk. Because even that will eventually go away, if, God forbid, she lives long enough.

And maybe I'm wrong comparing the grieving process, but isn't constant grieving part of what vegans have to cope with? Death and suffering on an untold scale that isn't seen or mourned by most others. Isn't viewed as a legitimate cause of concern. Being vegan can be stressful when you focus on all those lives at stake, when what you do seems pitiful in comparison to the sweeping changes needed.  Burnout is common for both vegans and caregivers, so what about those who are both?

It's a lot of stress. A lot of grief. And incredibly tiring. With my mom at least, there's a definite end in sight. With changing systems to make life better for those oppressed, that'll be a lifetime of work. In the meantime, most of my energy these days goes to trying to help the woman seen above. We weren't particularly close as I was growing up, and not wanting children of my own I certainly never foresaw mothering anyone, so this may be the closest I get to that role.

And while grieving takes many forms, it would be wise to remember that grief is not species-specific. Think of all the cows grieving when their calves are unfairly taken away, sows separated from nursing piglets, elephants remembering their deceased kin, and the grief recently shared by the residents and friends of HEEFS, just to name a few examples. Sharing your heart with another living being, regardless of species, means it'll get broken at some point. Opening your heart to the vast, systemic, and often brutal slaughter of billions to satisfy the needless wants of one species, means it'll break over and over. 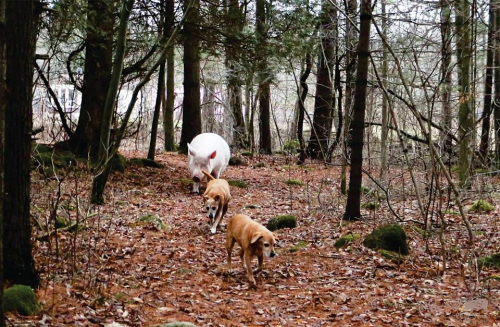 So maybe instead of paying lip service and celebrating Mother's Day and Father's Day once a year, we could actually take the roles of mothering and fathering (whether that type of care is directed toward the young or old) a bit more seriously, and include in our consideration of those roles species other than our own. Parenting, and the inevitable grief that comes with it, should not be deemed important only for humans. And the emotions of beings of other species, even if they're not always exactly similar to our own, should not be discounted either. Grief is grief, love is love.

Happy mothering and/or fathering to everyone, and a special Happy Father's Day to the two awesome dads of the pups and pig above! :)

1 The Houghton Mifflin Canadian Dictionary of the English Language