Look at the image below, and then answer the question that follows.

You answered correctly (as I knew you would!), if you said: e) none of the above.

The scary part though is that this meme received a lot of negative feedback with different vegans chiming in that it was, in fact, sexist, or racist (because there's no such thing as white privilege), or not appropriate (why can't we just focus on the animals?) for the vegan movement. Wow, is all I can say. Okay, I CAN say more, snort.

Patriarchy is very much alive, despite the claim by some that equality between the sexes has already been achieved (right, what planet are they living on?), and despite the insistence by the men's rights movement that men are the real victims now, and even a minority, thanks to uppity man-hating feminists. (Did you see the eye roll?)

Others took great offence to the second line, because white privilege, apparently, is complete bullshit. And a figment of the imagination. Astonishingly, even some people of colour deny the existence of white privilege, adding that they enjoy more privilege than that of some of their white friends. But I think what can contribute to this confusion is a) not being clear enough on what white privilege actually means, and b) getting it mixed up with class privilege. For example, you can be white but not feel privileged because you grew up poor. An article that explains this really well is one titled Explaining White Privilege to a Broke White Person. A link in that article doesn't work (at least, it didn't for me), so here's a look back at a previous post of mine that does link to Peggy McIntosh's piece, as well as a few others. Oh, and at a follow-up post as well.

The not-appropriate-for-the-vegan-movement line ties in to the All Lives Matter debacle. Now, to give vegans proponents of this slogan the benefit of the doubt, of course all lives matter in a general sense, and the whole thrust of veganism is respecting all sentient beings. But the problem with countering the Black Lives Matter slogan with the All Lives one is that, among other things, you're negating the real issue of racism. It is, if you're aware of the importance of intersectionality, offensive. And here it can get a bit dicey. Because while all types of oppression are similar (the root being power imbalance), you can't casually compare sexism, racism, speciesism and/or other isms as if they're all the same. There ARE nuances, different experiences, and one of the easiest ways to conceptualize this is with the following image that I first saw on veganelder's blog, who by the way, is doing a lot of thinking and writing about these not-always-easy-to-fully-comprehend issues. 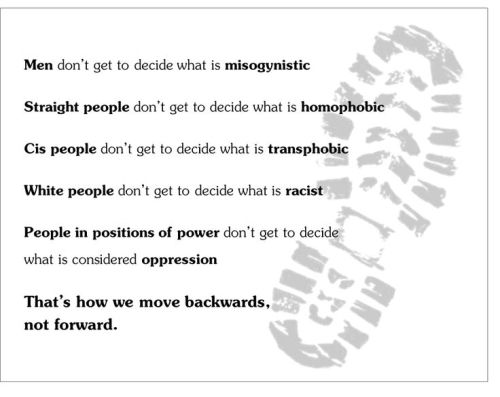 No, we're at a point where vegans need to better understand how these different but similar oppressions interact and reflect a fundamental power imbalance, and listen more closely to those with direct experience of those oppressions. Otherwise, tackling single isms isn't going to get any being very far.

postscript to my last post (from long long long ago it seems...)

As often happens, what I read and write tends to overlap. That is, while drafting or right after publishing, I'll read something that pertains directly to what I just wrote. It can be a magical synergy-like thing, or sometimes, a needed kick in the pants.

The day after I lamented the state of our planet and pinned my hopes on its survival on youngsters like Henry Marr (how fair was that, actually?) I read what I thought was the best chapter in Circles of Compassion. To be honest I'm not fully convinced that the book succeeded in accomplishing the aim of its subtitle: essays connecting issues of justice, but the last chapter before Will Tuttle's conclusion was, I thought, the most action-oriented and the most inspiring to me personally.

In it, author Zoe Weil outlines her MOGO principle for a more peaceful, sustainable and humane world. MOGO is short for "most good" and seeks to answer the question, "what does the most good and the least harm?" as a way of helping us make better choices. She begins her chapter by asking readers to imagine how they would answer this question from a hypothetical child from a future better world, "What role did you play in creating the good world we have today?" As she rightly points out, if we don't envision the world we want and identify our own part in its unfolding, it is harder to both imagine and bring about. It also places responsibility on each of us, instead of dumping that burden on future Henry Marrs.

The MOGO principle works best when recognizing the intersections between human rights, animal protection and environmental preservation. Ms. Weil also stresses that while the principle is simple in theory, it can be challenging in practice, and as an example outlines both the destructive and helpful aspects of a common technological item such as a laptop.

Without going into further detail from her section in the book (she has written, by the way, her own book Most Good, Least Harm: A Simple Principle for a Better World and Meaningful Life), here are the seven keys that she's identified which can help people put the MOGO principle into practice:

These keys make a lot of sense, and I look forward to reading more of her work.

p.s. After encouragement from some of my readers to go read We Animals already, I have finally started and concur with their assessment -- it's an excellent book. Jo-Anne McArthur has done a superb job indeed, and both her photographs and text are haunting, beautiful, evocative, skillful, and highly intelligent. But having said that, a part of me still wishes I had never opened it. I'm on the second chapter, Food, now, and can only read a few pages at a time* before my levels of anger and disgust threaten to get dangerously high. I am misanthropic enough as it is, so am planning to read the chapter called Mercy last, and thus hope to end on a more hopeful note.