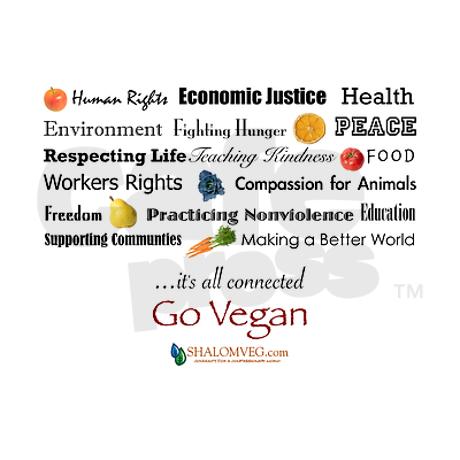 On one of my favourite tees, I like how this graphic shows the multi-dimensional nature of veganism and some of the many branches of social justice. It really is all connected, and until we reexamine the pillars of power and profit, we all pay the price.

meat out, water in

Two days of note this week: Meatout, celebrated March 20, and World Water Day on March 22. How the two are interrelated is illustrated nicely in the infographic below: 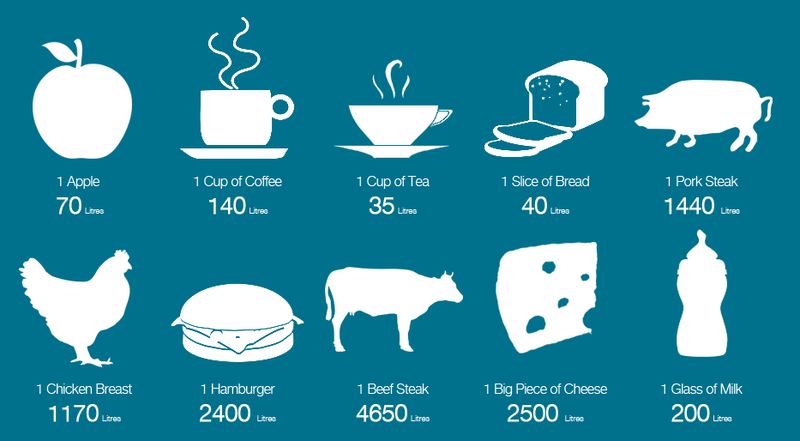 So let's take meat (and all animal products) out of the picture altogether. It takes far too much water to produce animal-derived foodstuffs, and from an environmental perspective, it just doesn't make sense. But let's say you don't give a toss about the environment, and let's say you don't believe we should be wasting time and energy on animal rights when there are so many more pressing and important human issues. Fine, then let's start with water.

Water. We need it, we're made of it, and no single living entity can survive without it.

It's a basic thing, right? So why isn't it also a basic right? Again, let's forget for a moment about those pesky animals that vegans are always going on about. What about the right for all humans to have access to clean safe water? And if so many around the world are going without, is it ethical to be pumping all that water into food items that aren't healthy and aren't necessary? And what about water privatization? Not surprisingly, there are corporations who want to make money off of a substance that should be a basic human right. Perhaps the air we breathe is next?

So even if the only thing you care about in relation to water is that all people on this planet have enough to drink (we're not even talking about the starvation issue here), then one of the first steps you need to take is to go vegan. It's time we rethink the ethics of water, reconsider our current consumption mode, and acknowledge that water isn't a market resource, but part of a natural living ecosystem that all beings depend upon.

what I need to remember before judging too quickly

Because I'd like everyone to go vegan RIGHT NOW, and can't understand the apathy and complacency of those who still eat animals. Especially if they've been exposed to at least some of the facts of animal agriculture. And because being vegan is so my normal, and so the world I've inhabited for more than five years, I want others to hurry up and get there already. But it may be wise for me to remember the following:

So if it took me that long before I could even see, let alone connect, the numerous dots, then perhaps I need to practice the skill of patience and not demand that others become wise in far less time than I did?

I'll stop being a feminist when... 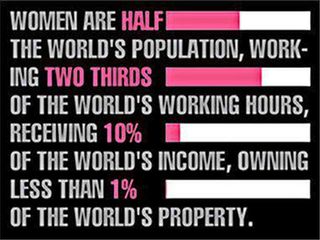 I'll stop being a feminist when no woman or child is ever sold or murdered. Or raped. Or beaten. Or called a slut. Or brutalized in any of the other seemingly unlimited ways. Or denied access to abortion. Or when there are no longer groups of people who don't believe women have the right to reproductive freedom. Or equality.

I'll stop being a feminist when no one is actually afraid of the word feminist anymore, and all the corrective societal actions that this word entails are complete.

I'll stop being a vegan when no other animal is ever sold or murdered. Or artificially impregnated. Or called a whore. Or kicked, punched, or brutalized in any of the other seemingly unlimited ways. Or denied access to their babies and mothers. Or when there are no longer groups of people who don't believe that animals are sentient beings with the right to live their lives free of human exploitation.

In short, I'll stop being a feminist when International Women's Day becomes as redundant, and as ridiculous sounding as International Men's Day* would be. I will, however, never stop being vegan no matter how deliciously vegan this world becomes.

*Oops, just found out there IS an International Men's Day. Hmmm, and here I thought EVERY day was their day, snort. Okay, I'm likely being a little unfair here. And as long as at least part of IMD focuses on gender equality and improving gender relations, then I suppose they can have their one day. ;)

I'm vegan because I don't believe in violence

That, my friends, may be my new elevator pitch. Catchy, don't you think?

I like it because it's brief, non-apologetic, gets to the heart of the matter straight away, encompasses planetary, environmental, animal, and human violence, and invites folk to consider that their values may actually be vegan too, because how many people truly identify violence in general as a good thing? Plus, it's almost alliterative. ;)

But seriously, I think it would illicit reflection and interesting questions (after, perhaps, some initial confusion), and possibly be helpful in spreading the vegan word. 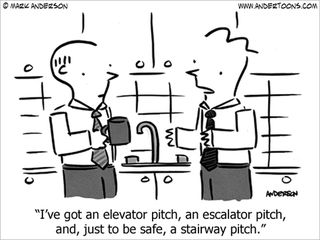 Yesterday in the staff-room, someone said to me, "You're vegan, right?" (She knows my sister-in-law, so I believe she knew this from her rather than hearing about it from someone at work.) I replied yes, and she right away said that she would find being vegan hard. In response, I kind of shrugged my shoulders and said I actually found it quite easy. Then the seemingly obligatory question of But how do you fill in the blank because you know how the rest of this goes followed, to which I rattled off a bunch of items like beans, nuts, pasta and grains.

Then she asked the question that no one in my family has even asked me, Why are you vegan? If you don't mind my asking, she quickly added. Sure, I said. Then, not having been asked this directly before (and not being prepared, plus being more articulate in writing than I am in person), I stated that I felt being vegan was healthier and better for the environment. At this, she sort of nodded. Then I added, But the main reason I'm doing this is for the animals. I looked at her as I said this, and noticed that she had gone blank, and completely still. No expression on her face, no facial or bodily movement, and no hint of recognition in her eyes as to what I was saying.

At this point I panicked a little, and because I work in a Christian retirement home, then said that animals were God's creatures too, and that horrible things happen on factory farms for no good reason because we don't need to eat any animals, and look at me, I've been vegan for over five years and I'm one of the healthiest people I know... all in one breath until the door opened and the awkward conversation came to a halt. By this time, my break was over and I left. But what occurred to me walking back to my floor was that it was the word animals that had seemed to throw her for a loop. As if health and environment made enough sense, but that the role of animals was foreign in the equation. As if she was asking, but what do animals have to do with any of this?

And this is one of the many reasons why I wish we were less euphemistic in our language. We need to be saying "I eat pigs", "I eat cows" and "I drink cow's milk" rather than I eat bacon, beef and drink milk. I don't like the term "meat eater", because it helps to disguise whom you're really eating. If you're still rationalizing eating meat, then you should be comfortable with just saying that you're an animal eater.

I wish now that I had skipped health and environment, and had said something more accurate and to the point. Something like, "I'm vegan because I don't want to participate in animal suffering." (Or even, I'm vegan because it's the Christian thing to do, although that could have made her defensive.) I wish I had been less dismissive and acknowledged that the idea of eating vegan can be daunting when you're used to eating animals. I wish I had reminded her though that she's already eating vegan food whenever she chomps on an apple or slices up a banana. I wish I had actually included fruits and vegetables when talking about my plant-based diet. And I wish I had had more time and not gone a bit blank myself. So, time to work on a more pithy pitch for next time!