above, harming animals during testing and research has a long sordid history, and like other animal use is difficult to stamp out in part because it's such a profitable enterprise. Never mind that nicotine experiments are STILL being conducted on pregnant animals, or done to figure out whether Harry Sadistic Asshole Harlow ("The only thing I care about is whether or not the monkeys will turn out a property I can publish. I don't have any love for them. Never have. I don't really like animals. I despise cats. I hate dogs. How could you like monkeys?" quoted in Deborah Blum, The Monkey Wars, p. 92.) was actually right about maternal attachment and deprivation. The truth is that most animal testing and experimentation isn't done to promote human welfare as falsely claimed, but exists to feed corporate drug companies and keep scientists spinning on their academic research wheels.

As a vegan I object to any use/abuse of other sentient beings, and while I know that vastly more beings are tortured and killed for food, animal experimentation and vivisection seems to send its own particular chill down my spine. Maybe it's the prolonged confinement and repeated torture, or the fear and terror that can't be escaped time and time again, or maybe it's the outrage I feel toward educated scientists and physicians who obviously don't give a fig about the "first do no harm" principle that should be emblazoned on their hearts and beings. I don't know, but there seems to me something so heinous about this form of use that I can only describe it as Mengelian.

So what can we do? Here are a few ideas:

if the path is vegan, don't run around the mountain

There are hundreds of paths up the mountain,

all leading in the same direction,

so it doesn't matter which path you take.

The only one wasting time is the one

who runs around and around the mountain,

telling everyone that his or her path is wrong.

If I can go veggie (specifically, vegan), and if Earl (from the Mutts comic strip above) would like to, and if Lisa (who left the nice comment on my Farm to Fridge post below) can do it, then so can you! And what better day to begin than with Easter? Think of it as a renewal of your commitment to be more compassionate. Jesus, if you're a follower of the Christian faith, may have had the choice to sacrifice himself for the rest of humanity, but the sacrifice that humans force upon billions of other sentient beings? Unconscionable if you ask me.

I "stumbled" across your blog while looking for vegan recipes. My husband and I had been talking about going vegetarian for health reasons for quite a while now (we already hardly ate meat,just dairy), and then he mentioned going vegan. So, I was online looking for recipes when I came across your blog. After a little hesitation, I decided to watch the video. My husband walked into the room to find me sobbing in front of my computer. Then he watched the video. That was Feb 4, 2012. We haven't touched any kind of meat or dairy since. That was all it took for me. On a good note, we've both never felt better and our health improved!  That's so awesome, Lisa, thank you!

Patrick McDonnell's comic strip above, by the way, can be ordered as a print and I did, Because I'm worth it, snort. The company behind that advertising slogan though? Nope, they're not worth it (they still do animal testing, or pay others to do it for them), so buy your cosmetics elsewhere. Although I do appreciate their ToxCast donation.

Amazon books that are pissing me off right now 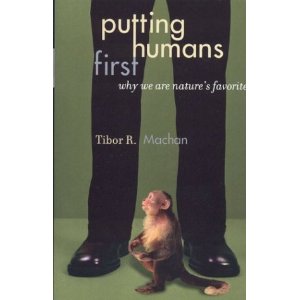 The problem with reading blog posts and linked articles on Twitter, YouTube and FB is that you can come across stuff that even as a fairly seasoned vegan you didn't anticipate. Who knew that the training of K9's involves such cruelty? Never occurred to me. Another blind spot on my part I suppose, although every institution engaged in animal use is complicit to some degree in keeping practices secret from the general public. But now that I know, I can't unknow, and the information on the site regardless of its actual accuracy haunts me. Because if this is how many police dogs ARE trained, how can we expect officers to care about other forms of animal cruelty?

Vegans becoming hunters. WTF? Hunting now promoted as a cool hip thing for women to do. The taking of life somehow seen as a badge of gender equality. Again, wtf? And all this nonsense about being "connected" to nature, "knowing" your food, and showing "respect" by becoming a DIY backyard slaughterer. It makes me think Sir James Paul McCartney had it all wrong -- glass walls won't make a damn difference.

So being already annoyed by a sign advertising an annual church-sponsored pig roast on my way to town earlier (guess the Would Jesus Eat Meat Today? booklet I sent them last year didn't have much impact), I then get thoroughly disgusted by some of the glowing but-make-me-puke reviews of the following dreck found on Amazon:

Bah! And having, um, some anger issues, snort, I resort to tweeting and emailing rude responses to dickwads of both sexes. Not effective I'm sure, and not what Colleen Patrick-Goudreau would stoop to, but like I said, anger issues. Sometimes I really DO understand wanting to hide your head in the sand. There are days when I just don't want to hear of another instance where humanity treats other sentient beings like complete crap. The best antidote for me at those times is to burrow my face in my feline's furry belly or indulge in a helping of Chicken Soup for the Cat Lover's Soul

. Yeah, I know, singling out one cute species is probably speciesist, but don't you dare tell me that today cuz I'm not in the mood! ;)