Whether on vacation, long weekends, or on breaks between all the other activities that keep vegans busy, I hope you'll get the chance to indulge (no, that makes it sound like a luxury) crack open a bunch of new favourite books over the summer months. I'm still finishing a few I started and because one of my quirks is to save until last what I like best, Nick Cooney's Change of Heart

will have to wait a bit. (Pssst, I may feature this book as a giveaway sometime--I think it's that useful!--so keep your eyes peeled.)

by Will Potter and Vegan for Life: Everything You Need to Know to Be Healthy and Fit on a Plant-Based Diet

from our favourite nutritionists Jack Norris and Virginia Messina. But there's also a couple of other books (okay, a whole pile but I can only read/buy so many at a time) that I think would be super interesting. For a Canadian perspective I can't wait to get my hands on John Sorenson's About Canada: Animal Rights

in part because most vegan books are American, but also because John teaches at Brock University which is close enough that I'm even entertaining fantasies of going back to school! On my own personal Amazon list I've got three books that look at animal rights from a gender perspective, including (despite the two kinda odd reviews) Women and the animal rights movement

. Hmmm, that'll be a hard pick. Also a couple of books that directly compare animal exploitation to slavery and the Holocaust, but the list is so long that it'll keep me anticipating for years ahead no doubt.

But enough about what I want to read. Yes, make sure to take advantage of the weather (remember how long winter was?), get away if you possibly can (whether in Canada or elsewhere), spend extra time with beloved furry, finny or feathery ones, and enjoy your vegan reading this summer!

on being a real father 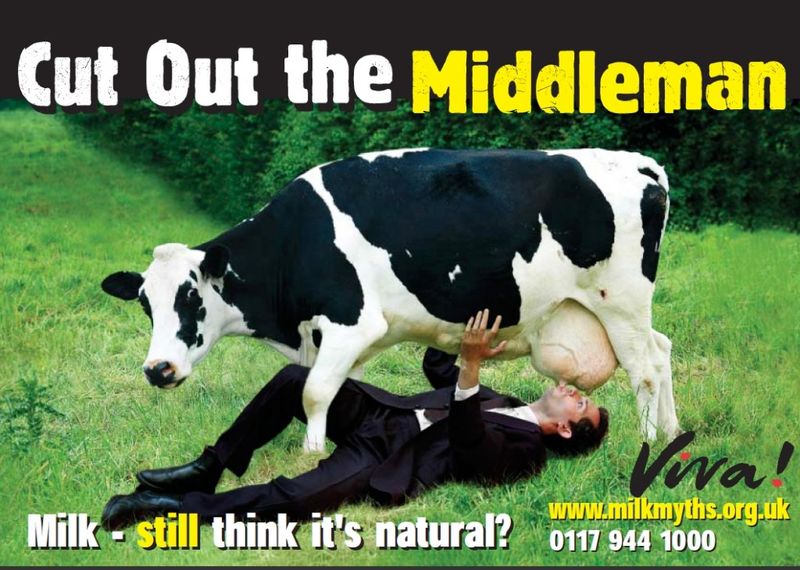 If you're the father of kids who have been weaned off their mother's breast, isn't it time that you grew up and weaned yourself off cow udders? And shouldn't your whole family follow suit? On a day celebrating what fatherhood is all about, this is an excellent opportunity to rethink what kind of example you're setting and what sort of role model you want to be. Your children (if young enough) look up to you and take direction as to what men and fathers ought to be like, so take your role seriously.

Here's your chance to show that real men, for example, are secure enough in their sexuality that someone else's isn't going to threaten their own. Real men are not homophobic. Real men don't need to prove their masculinity by controlling and oppressing women. Real men aren't afraid if another person's skin isn't the same colour as their own. A real man doesn't condone cruelty and violence to any other living being. Real men don't, among other things, hunt, take part in dogfights, experiment on animals or think animals performing stupid tricks is cute, barbecue pigs or (as is now a growing trend) whole cattle, and most certainly real men don't drink milk (directly or indirectly) from a cow.

Real fathers think deeply about the maternal AND paternal bonds between various species and their offspring. While it's true that more attention is paid to the cruelty of denying mothers access to their young, real men realize that males of all species may want to grow up to be fathers. Or at least, grow up. Real feeling and thinking males want to make this world a better place for all. So start by reflecting on what values you're illustrating for your own offspring this Father's Day, and whether your kids deserve to inherit a different kind of planet and future. Be a real dad -- go vegan!

p.s. if you don't have kids yet then please read veganelder's Unfather's Day post first :)

I know there's World Vegan Day, but I kinda wish that in addition to a day celebrating veganism in general, there were also a special day to appreciate the various efforts and actions that vegans all around commit to daily. But until there is, I want to extend my appreciation to my vegan friends TODAY. Know that I derive strength from your wisdom, support, intelligence, example, humour, and willingness to challenge ideology. You guys are awesome and the world is better for it! :)